Review: The Chase By Elle Kennedy 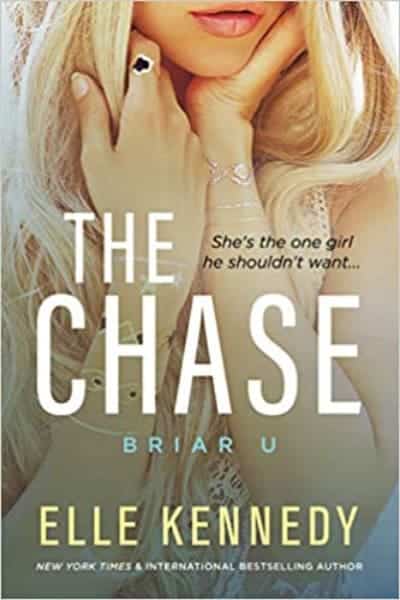 Everyone says that opposites attract. And they must be right, because there is no logical reason why I am so drawn to Colin Fitzgerald. I don’t usually gamble on tattooed, video game, or hockey nerd-jocks who think I’m frivolous and superficial. His narrow view of me is the first blow against him. It doesn’t help that I’m friends with my brother and that their best friend is in love with me and that I just moved in with them. Oh, didn’t I mention that we’re roommates? I suppose not. matters. Fitzy has made it clear that he is not interested in me, even though the sparks between us can set our house on fire. However, I’m not the type of girl to chase after a man, and I’m not going to start. I have my hands full dealing with a new school, a seedy teacher, and an uncertain future. Then,

Elle Kennedy is back with the Briar campus group but this time she’s with the next generation.

Elle Kennedy’s The Chase is the story of Dean and Summer’s sister. She is Barbie’s ideal: blonde, green eyes and an outgoing personality.

After being expelled by her previous university, she is forced to ask her father for his help. He can pull some strings and get her to the goal at the university her brother attended: Briar.

But there’s a problem. He doesn’t have a place to call home so he moves into the house of Dean, his brother. Three hockey players. Hunter, Hollin and Colin Fitzgerald.

Summer has had a crush upon Colin since the first time she saw him. But he doesn’t seem to notice her. Summer can now use all the tools of a woman and understand this shy boy with his many tattoos.

Let’s just say that The Chase was a good read. I read it in one day and found it very addictive. It was funny, in fact, that I smiled when I saw Garret and Hannah from the Kiss me Saga.

However, I was disappointed by this reading.

Summer is a Barbie from head-to-toe. She is the typical posh Barbie that you will find in any youth book. It’s the one who is treated like…

Elle Kennedy attempts to make this frat girl a more complex character and one that readers will enjoy. Elle Kennedy is not only interested in fashion, partying and the arts but she is also open-minded and a little feminist. She’s a girl with no filters and will just say what comes to her mind.

“A woman’s worth is not determined by her boyfriends. Her achievements define her. His shoes are his.

Colin Fitzgerald is on the other side. His personality is still a mystery to me after three hundred pages. He is an introverted boy who tries to be invisible but is also a typical “bad boy”. I was confused by the author’s mix. His image of a shy, antisocial boy was what he wanted to portray, but I found that the personality didn’t fit me when I read his perspective and his thoughts about Summer.

But, it’s probably a good rule to live by. Keep a small part of yourself secret.

To be honest, I still like the couple. Summer seemed too extroverted to me. It gave me the impression that I was a little childish and had a personality I didn’t like.

I was embarrassed by the couple, especially towards the end. There were scenes that I wanted to yell at Colin for his actions, but he is not far behind.

Elle Kennedy’s story is excellent, it must be said. It’s very engaging, addictive, and easy to read. It is also told through the perspectives of two main characters. Although the story is light and funny, I didn’t find it as compelling as some of his other books.

It’s a good idea, as it exposes a shy boy and an outgoing girl. It hasn’t caused me that feeling. The book is divided into two halves, with the main couple not being able to communicate much. A love triangle is created between the couples that shows a lot of attraction.

Both characters suffer from a mental cocoa, which can cause a lot of their problems. Both Summer and Colin leave much to be desired. Although Ellen Kennedy attempts to make this seem so, neither has such a painful and deep past.

Elle Kennedy’s The Chase was a simple, but highly addictive, read. The narrative flows smoothly and is fast. This is a story for college teens that’s fun and entertaining. But that’s not all. Expect a disappointing story if you expect it to be great. 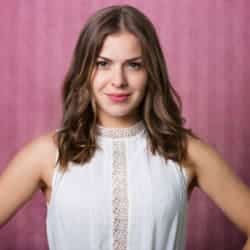 Learn How To, Self-Help, Dieting Etc are the type of nonfiction books you will find me reviewing here.

Thriller, mystery and thought-provoking fiction books are what I like to review as well.

My name is Paula, and it is my pleasure to bring you my book review blog.

I hope you enjoy reading as much as I enjoy writing my reviews.

Review: The Power of Now by Eckhart Tolle